On Sunday we celebrated three baptisms with our church. Vianney, Ángel y Atziri marked a new starting line for themselves as they publicly declared their allegiance to Jesus. This baptism was extra special because one year ago, we were baptizing Leno in the same river and now this year, he was baptizing the disciples that he and his wife Jaque have been making. Jaque and Leno led the baptisms more than Naty and I which is exactly what we are hoping can keep happening as we guide them and others to take over the leadership of our church when we go to Ecuador. 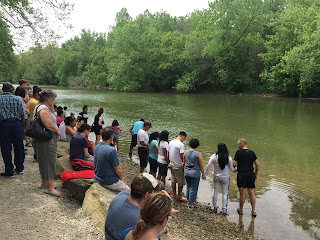 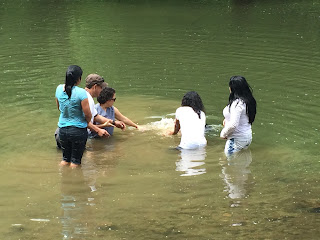 We know that we need to move on, but we also know God will keep leading his church here. May his kingdom come and his will be done, on earth as it is in heaven!
Posted by Dion at 7:38 PM