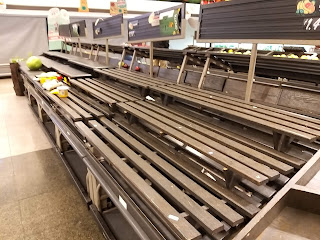 When this is what you see in a country where fresh produce is usually abundant, you know something is wrong. Things aren't at all normal these days since President Moreno removed the government subsidy for regular gas and diesel. Last week there a taxi, bus and truckers strike for two days that was supposed to be over on Friday, but then the Indigenous communities started their protests. Cutting down trees and dragging them across highways. Setting tires on fire and dumping nails in the streets! 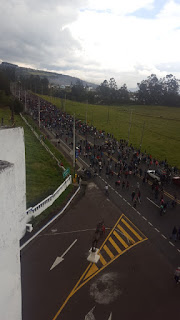 Supposedly about 20,000 indigenous people have now come to Quito, some having walked for two days, to protest and try to throw out the government. The president and his cabinet have moved to Guayaquil and have declared that city to be the new seat of government for the country now.

A friend sent a video of this scene this morning where the police, dressed in riot gear, were saying the Lord's Prayer in front of the presidential palace in the center of Quito.

As you read this take a minute to pray Your kingdom come, Your will be done in Ecuador as it is in heaven. Amen. 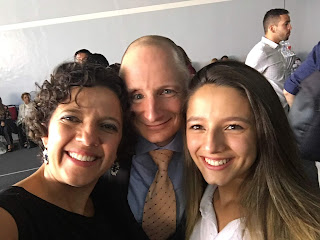 Gaby is a senior now!!! We had the "Juramento a la Bandera" ceremony for seniors on Ecuador's Flag Day September 26. Naty and I along with 6 other sets of parents sang to our children during the reception. It was impossible keep the tears away for parents and seniors alike! 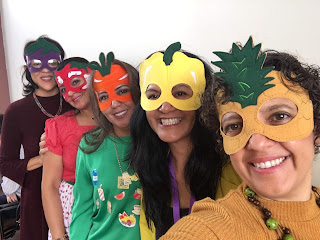 Naty is back to leading the Entre Nosotras women's ministry at Alliance Academy. All the leaders look fruity here because this semester they are studying the book Made to Crave and discussing how to live healthier. 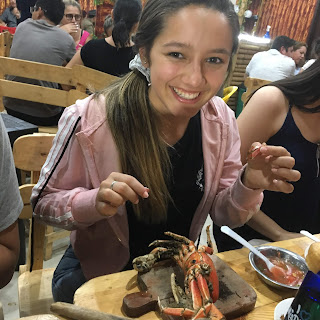 The last weekend in September we traveled to Guayaquil for a missions promotion event. We got to stay with our dear friends Angel and Yanella and they took us out to eat crabs. That was quite a test of patience. 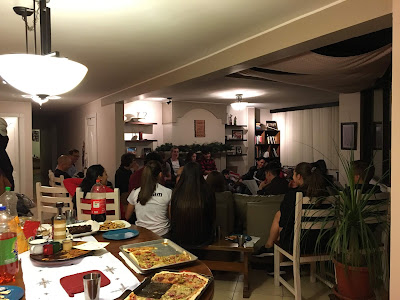 We started our youth group again with AAI students. For the first half of the school year we'll be talking about relationships and doing different social activities.

I don't have any pictures to show it, but Marcus is really busy with drama now. They will be doing Little Women as the play at school and he is even trying out for a part in a movie. Stay tuned to see how that goes!