At 10:15 at night on Thursday August 4, our family set out from Quito on a Flotas Imbabura bus headed to the city of Manta on the coast. Thanks to my handy eye cover, I was asleep before we even left the city limits! 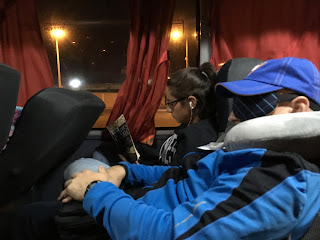 Nine and a half hours later we arrived in Manta. For the last hour of the trip we saw lots of damage from the major earthquake that decimated the region on April 16, 2016. When we got to the bus terminal, the exit was blocked by the demolition of this hotel. The buses came into the terminal and then had to go out in reverse. 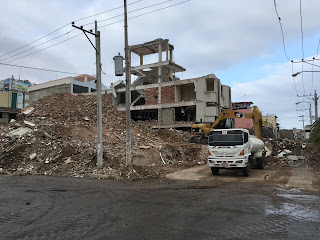 Pastor Egdy took us past the property of their church, Casa de Oración, and we saw the new wall that they had built thanks to the funds sent by the churches of Conservative Mennonite Conference. There were several Sunday School classrooms that were knocked down that haven't been rebuilt, but at least now the property is secure, and it looks more accessible too. The previous enclosure was a concrete block wall, so you couldn't even see the church building. The slogan they are saying is "Manta se levanta." "Manta will rise again." I believe that is true. Everyone is working their hardest to rebuild the city. 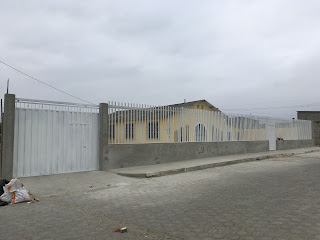 On Friday evening we traveled with Egdy and his family to the coastal city of Puerto Rico for their annual pastors retreat. On Saturday morning part of our group went to Salango to go whale watching. 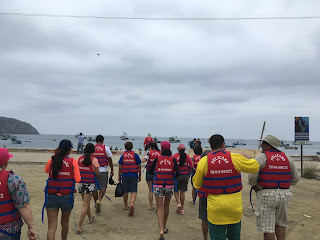 We set out with Ernesto as our "co-captain" to see what we could see. 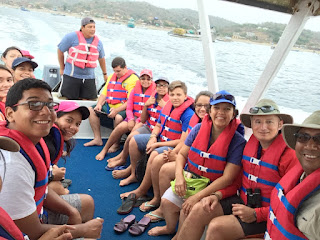 Sure enough, after about 30 minutes at sea, we found some humpback whales! It was amazing to see how big they were and how smooth they swam along through the water. 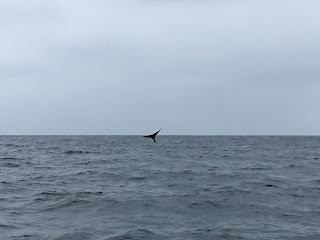 On Saturday night we had our annual talent show which was a great time for each family to share. Then after that we had a business meeting to plan the annual family camp for the Mennonite churches. We didn't get to bed until about 2:00 AM! 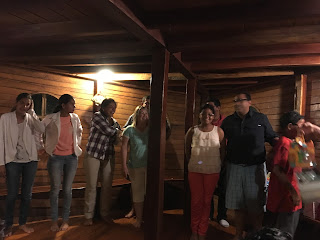 Sunday morning was a precious time of worship and prayer together. The pastors commissioned us for our ministry in Quito and we also prayed for other families that are serving the Kingdom in other places around the world.

Finally, we wrapped up the weekend with group pictures along the beach. As we said goodbye at the hotel, the owners read a very moving letter to our group. They said that since the earthquake their business has been so slow that they were thinking about selling out and quitting. But, thanks to our visit, and the faith and hope they saw in our group, they have decided that they will keep going forward and keep their business open. Through tears they thanked us for choosing to stay at their place and welcomed us back at any time.

We headed back to Manta Sunday afternoon and had an amazing albacore tuna dinner with Egdy and Sandra and their family that evening. 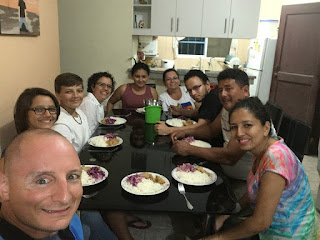 Then at about 8:45 Sunday night, we took a 50 minute flight back to Quito so I'd be in better shape to start work the next day. It was a very encouraging trip. We always feel like family when we are with the Mennonite churches there, now even more since we aren't so far away! 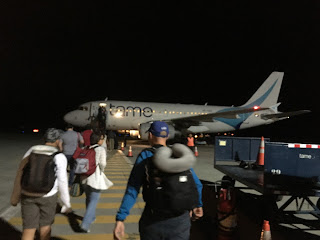