After 12 amazing years living in Columbus the time has come to say goodbye. We have loved this city and are so grateful for all that we have learned here spiritually, as a family and professionally. It's strange moving on to something so unknown and we will really miss this place. 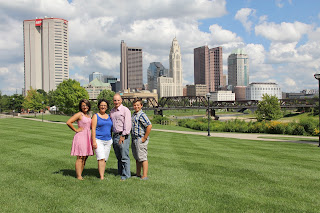 Our last week was so full that I barely had time to think! We closed the sale of our house on Friday July 15 and were so thankful for a smooth sale of the property. 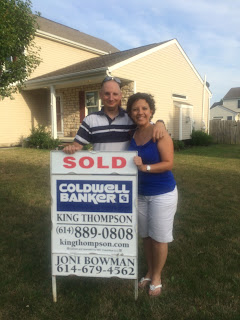 Gaby and Marcus went to week two of Choral Camp at Rosedale Bible College from July 18-22. They had a great time spending their last few days in Ohio with many of their friends. We loved going to their recitation at the end of the camp and have enjoyed hearing the songs more and more. 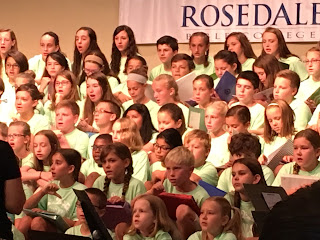 My parents came on July 20 and helped us so much with running around to get things and give away other things. With some help and wisdom from my dad, we sold both of our cars in our last few days in Columbus. 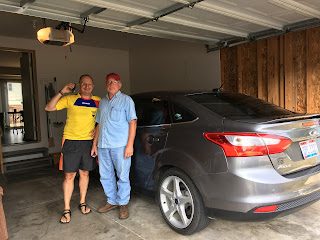 On Saturday afternoon July 23 we left our house for the last time and turned it over to the new owners. We were again very grateful for a friend who let us borrow his work van to haul all of our suitcases. 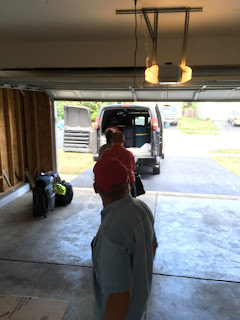 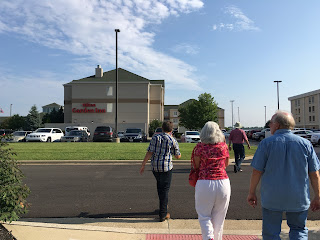 Sunday morning started with an empowering worship service at Cornerstone Christian Fellowship in Hilliard, Ohio. We heard an inspirational message from Kenyan disciple maker Aila Tasse and then our friend Brian Jones prayed a commissioning prayer over us. 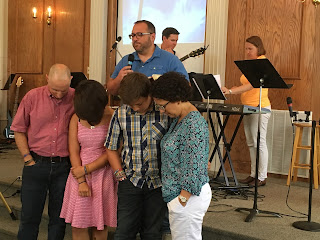 Sunday afternoon and evening was a moving time to share with our church and many other friends for one last time. We met at Westgate Park, the place where our micro-church Luz Viviente really got started several years ago. 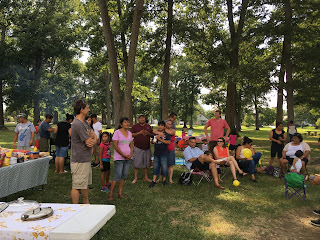 Several men from our church grilled all kinds of delicious meat and tortillas. 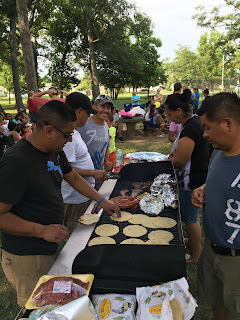 And we had a wide variety of other potluck food. 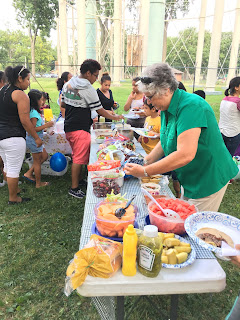 After we ate a ton, they also had an amazing tres leches cake with our picture on it for dessert. Marcus really enjoyed eating a piece of cake that had his face on it! 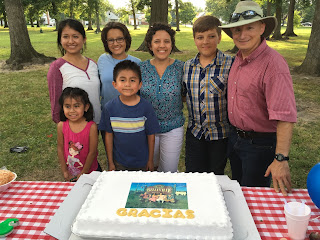 Our church leaders gave opportunity for others to share stories, memories and encouraging words with us. It was an incredibly humbling and empowering experience. 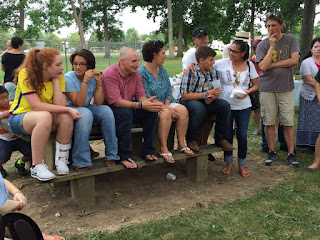 They our church laid hands on us and prayed to send us off. We all agreed this wasn't a time to say goodbye, but rather a time to send us off to the next place where God is calling us to serve. If all goes well, we are planning to come back to Columbus for a short trip again next summer. 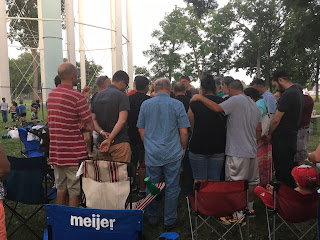 Monday July 25 was fly day. It took two trips in the hotel shuttle to get all of our luggage to the airport! 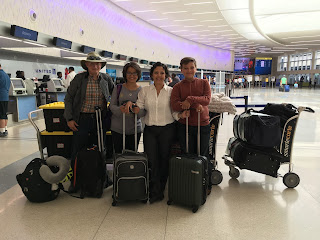 After that we had a very meaningful send off with my parents and our mentors Joe Showalter and Mim Musser. Joe shared an encouraging scripture from Isaiah 40 and then we had a moving time of prayers and saying goodbye. 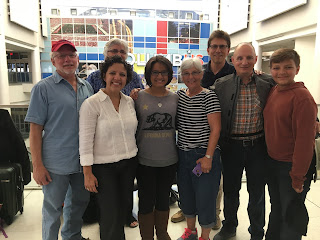 Then we spent the rest of the afternoon sitting in planes at the Port Columbus airport! Our flight was delayed. Then, a hydraulic pump went out and we had to deplane the aircraft. After about 3 hours they brought another plane for us. 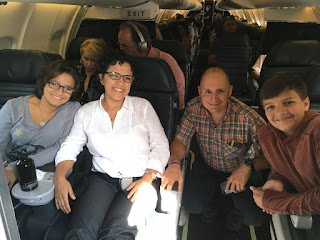 Then, on the second plane they had fueling problems that took extra long before pushing back from the jet bridge. Then as soon as we were out on the tarmac we were informed that the Houston airport (our connecting airport for Quito) was having severe thunderstorms and no flights were going in or out so we would have to wait another hour on the plane before taking off! We were quite frustrated, but there was nothing we could do. So we took it in stride and became friends with the crew and pilots. Marcus even got to go sit in the pilot's seat! 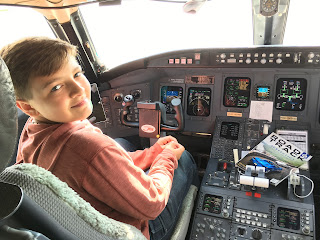 Eventually, by about 8:00 PM we arrived in Houston. However, we missed our flight to Quito, so our friend Kique came to pick us up and take us to their house. 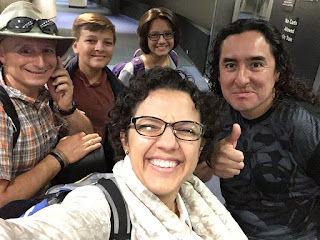 We found out that the only flight from Houston to Quito for today (Tuesday) was already sold out, so we would have to wait until Wednesday to fly on to Quito. We were so thankful for Kique and Kim and their willingness to host us for two nights in Houston! 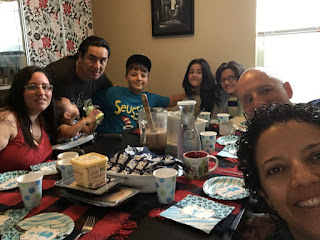 It has been so good to be with them and their new son Hanan who is about 14 months old. They are such dear friends and we have missed them so much since they moved away from Columbus about three years ago. Now we had a chance to reconnect before we move on to a new city as well. 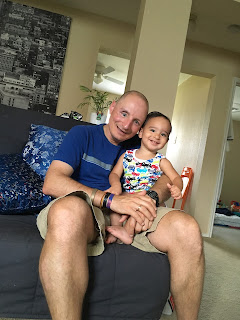 If all goes well, we should be at the Houston airport at about 3:30 in the afternoon and be on a plane headed to Quito at about 5:35 PM. This is taking much longer than expected, but we are taking it in stride and know that God has his plans that are better than ours!